Why Twitter’s Next Owner Will Own the News Cycle

Twitter is FIVE TIMES more important to journalists than it likely is to you.

This incredible stat and more comes to us from Pew Research Center, thanks to a survey of journalists and editors conducted this summer, as compared to data from their American Trends Panel. 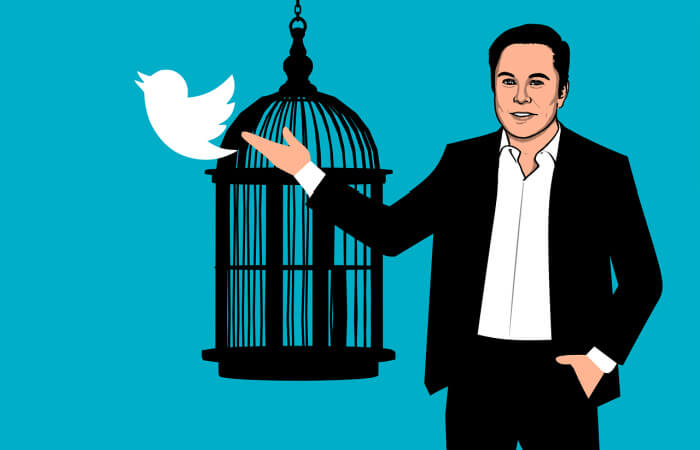 The latest news (as of October 5th) seems to indicate that Elon Musk has reversed course and will buy Twitter. But what, exactly, will he own? Twitter is not even close to the largest worldwide social networks – in fact, according to Statista it ranks 15th. To put Twitter’s 436 million users in context:

And yet, it seems that every twist and turn of the Twitter story echoes in a new round of media coverage. It’s the very decibel level of the noise around this narrative that leads me to believe these stats from the Pew Research survey. Perhaps it wouldn’t surprise you to find out that among U.S. journalists, Twitter is most popular with those who work for TV media and cover State or National-level news. The talking heads on the 24-hour news networks? It’s safe to say they’re checking Twitter during commercial breaks. 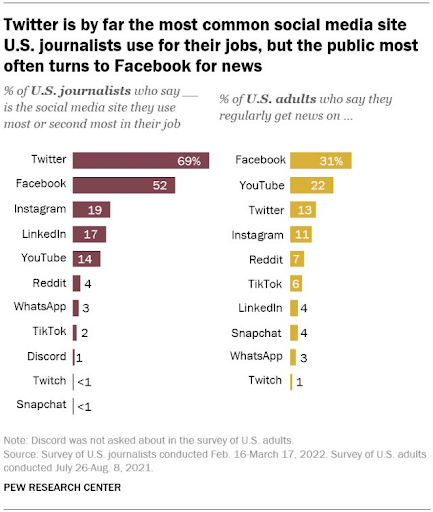 Many have referred to Twitter as “the public square,” including its potential new owner. While other social networks have raced ahead in users, they’ve also created walled gardens and filter bubbles that obscure conversation. Twitter is smaller, but it remains the largest and last place anyone can “go on the record” to make their statements public – whether corporations, political leaders, or you and me. That makes Twitter valuable, and it means whoever owns it in the future will have significant control over the news – not just in how stories come to us, but in how they’re created in the first place.

This post was originally published on LinkedIn by Social Factor VP of Strategy and Insights, Eric Swayne