Americans love meat. That seems like a broad generalization, but America consumes more meat than almost any other country in the world (with Australia leading by only five pounds per person). It’s part of our identity. Historian Frederick Turner is known primarily for his “Frontier Thesis” — the idea that the frontiers are what transformed Europeans into Americans; that conquering the land united many national identities into one. With that in mind, one could argue that Burger King faced an impossible task in turning Americans on to “impossible meat,” but its social media efforts paid off in a big way. In September 2019, impossible burgers became the #1 item sold in grocery stores, and the brand Impossible Foods has Burger King to thank. 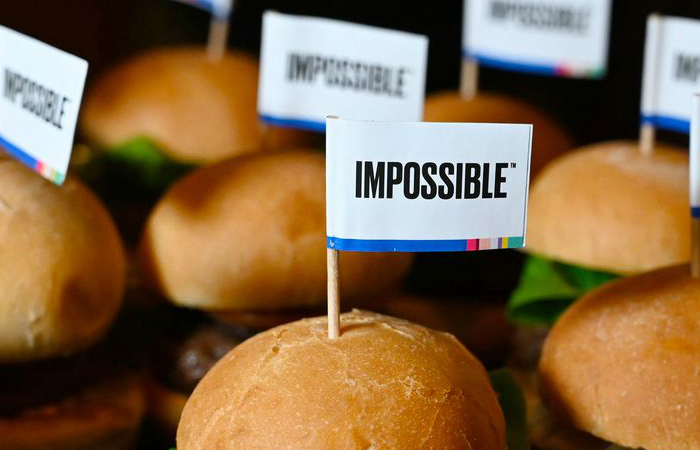 Burger King (BK) launched their Impossible Whopper Twitter campaign on April 1 at 58 restaurants in St. Louis. The date is significant because part of what made the original campaign go viral on social media were questions about whether it was an April Fools’ Day prank or not. Users took to Twitter demanding Burger King fess up. As the weeks progressed, and the burger stayed on the menu, BK ramped up its campaign with news of the Impossible Whopper Tour, sending fans scrambling to social media to find out when the unique burger would make it to their areas. The tours kept selling out, and BK — leaning into the demand — finally announced plans for a nationwide rollout of the surprisingly popular burger by the end of the year.

Burger King’s digital strategy for this new product was so successful because:

1. It planned its first social media posts around a day where consumers wouldn’t know whether to trust a new product announcement or not. To make the campaign launch even more impactful, BK “pranked” some customers by having them try the new burger before telling them it wasn’t beef. The combination of prank vs. not-a-prank aspects kept social media guessing, and allowed BK to amplify the conversation.

On #AprilFoolsDay, @BurgerKing showed brands can use #AprilFools for more than dodgy hoaxes and launched the Impossible Whopper, a vegan burger. What do you think, clever marketing or confusing? #BurgerKing #ImpossibleWhopper

An article in Marketing Week notes that rather than falling back on jokes and hoaxes, “Burger King has shown there is a different way to use the holiday to subvert expectations and launch products that get everyone talking and add brand value.” Burger King could have announced its new product at anytime, but by planning for a date when social media users are already more engaged, it was able to achieve a higher ROI.

2. Building on this momentum, BK used social media to help customers who were interested in this new product track its progress through the Impossible Whopper Tour. By turning this product launch into a tour, Burger King managed to continue the conversation with its customers beyond the initial event.

Trends: According to Suzy, consumers are more likely to learn about healthy food trends from social media than from traditional marketing. As people become more health conscious, and concerns about global climate change rise, companies are looking for sustainable options that won’t lose their customer base.

Values: On social media, BK used the tagline, “100% Whopper, 0% Beef” to convince original Whopper fans to try something new, and open the discussion with health conscious and vegetarian consumers who may not otherwise visit the restaurant.

Surprise: Burger King focused its digital strategy for this launch around the idea that a plant-based burger can taste like beef. By launching on April 1, and posting testimonials from customers who couldn’t tell the difference, BK was able to pivot from its traditional Whopper to an option that satisfies its existing fans, while also attracting new customers. 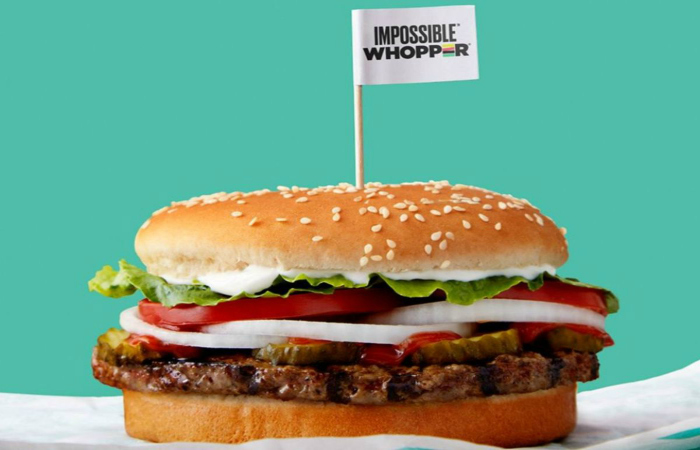 While Burger King experienced an 18% boost in traffic and a 3.6% rise in overall sales, the real winner in all of this is Impossible Foods — the company that provides Burger King with its no-meat alternative patties. As discussed earlier, Impossible Burgers became the number 1 item sold in grocery stores in September. This is significant because it shows that Burger King’s digital campaign didn’t just attract new customers to its restaurants, it also bolstered sales of the meat alternative to consumers across the board. This could allow Burger King to continue the meatless conversation with its customers for a long time to come.

Are you looking to build an impossible new digital strategy, or implement community managers who will take your brand voice to the next level? Social Factor would love to help.